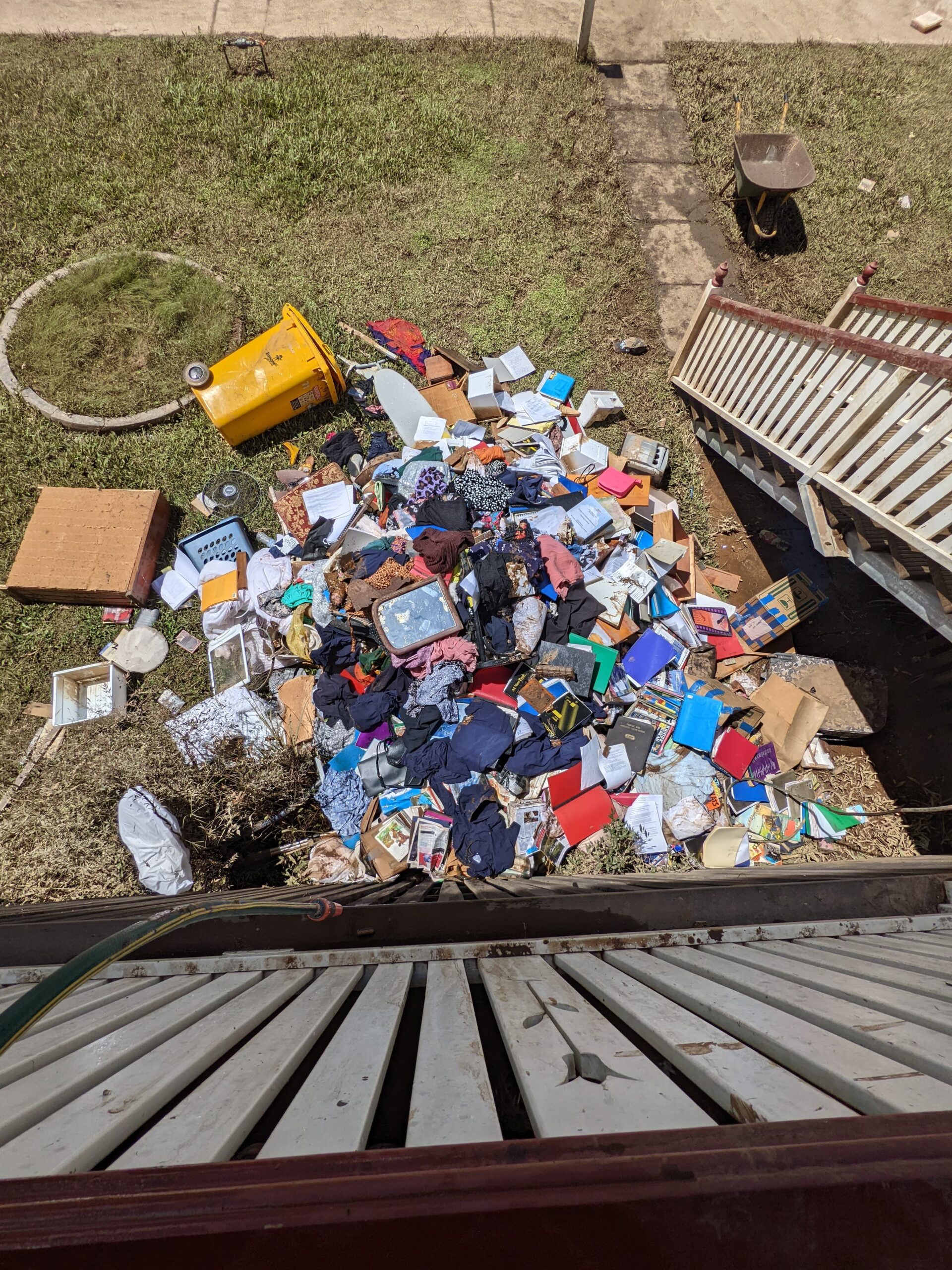 Im a fifth generation Lismore local and i’ve always heard about and experienced floods growing up.
Lismore knows floods, we know what happens with them and how to get back on our feet after them.
But this was more than a flood.
On Saturday (26th feb) after being on the Gold coast that night and experiencing the torrential rain I asked one of my best friends if she needed helping packing up her house in North Lismore.
Their house has been lifted above 12 meters so we all thought they would be fine because at the time Lismore had a minor to moderate flood watch. 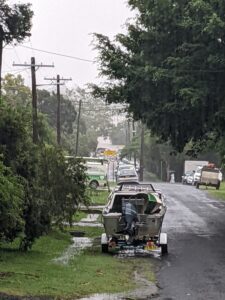 Then the rain arrived on Sunday. The new home I recently purchased in Pound street near Lismore Public School which has a surge storm water drain running across it, that was just pumping. This persisted for hours making me feel an awful sense of foreboding.
I remember messaging my other best friend in East Lismore with a video of the flash flooding in my outdoor area and thinking how bad it was not realising what was to come. The anxiety would not let me sleep so instead I watched the radar, river heights and BOM updates. It astounded me that the BOM’s predictions for when the levee would top reduced from 6am to 3am in two hours!!!
From 10pm until 2am BOM released more frequent updates for when they thought the levee would top but that was too late for the many locals who went to bed before 10pm unaware of what was coming.
The first siren I heard was at 02:30 followed by one at 3am.
I finally went to sleep at 3:45am Monday morning.
At 7:30 my husband woke me to tell me the power was off.
I received a phone call a minute later from my twin who lives in Queensland asking how the river was going. I was horrified when my husband told me it was already over 13m.
We scrambled to get some ice for the esky from Woolies and looking off the Bruxner highway near rotary drive, the image of water as far as the eye can see will stick with me forever.
I called my friend in North Lismore as we drove, to see how she was and was blown away when she said its waist high in the house. I asked her how she was getting out, she told me she was on hold to SES. 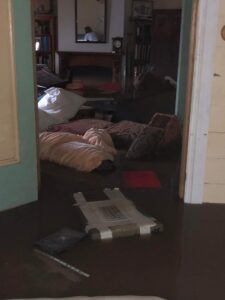 I called my other friends in East Lismore (who own a boat) to see if they could help.
I was shocked when she told me her house was almost flooding and that they needed the boat to go and rescue a family of seven near wade park.
I called SES next and proceeded to wait on hold for 9 minutes until the phone network cut out for a minute and I lost all reception and had to call back. I never actually got through to them in the end.
My North Lismore friend was rescued sometime after 10am, they had been in water for hours.
Being one street away from the Bruxner highway we could hear the boats and see the jetski’s going past at the end of the street.
Blackhawks, Queensland fire service, westpac helicopters, private helicopters, i’ve never seen Lismore’s air space so congested.
By the afternoon both of my best friends were safe.
Then the flood clean up began.
Tuesday morning we started in East Lismore because the water had receded enough to get in and get started. It was total destruction when we walked into the house with no idea where to start.
Room by room we pulled the house apart and watched as the pile grew bigger and bigger.
Mattresses, furniture, clothes, kids toys down to the carpet, was pulled out and put on the kerb.
By the afternoon we had finished removing most of the destroyed stuff from the house and had salvaged what we could.
Wednesday we went back to finish the last couple of bits and then went into the CBD to help a business. 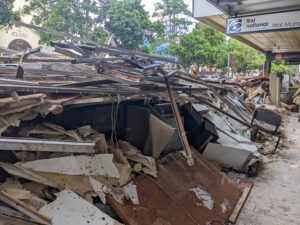 The CBD had been smashed, every shop, every building had the ceilings fall down. The mud was like glue sticking the gyprock to the floor.
So we shovelled it all into wheelbarrows and put it on the curb. Up until that point it was the dirtiest I had been.
Thursday it was North Lismores turn.
I met my friend at her house at 8am to help clean up and it was horrifying.
There was very little that was salvageable.
It was amazing to see random strangers come by to ask if they could help.
Starting the day as strangers and ending as friends is an amazing experience.
We cleaned and cleaned and after 9 hours were finished.
Sunday 6 days after the flood we decided to help Autobarn. God what a mission. The building was designed for a flood situation. Concrete walls and floors and built up on the second storey. Everything was carted down the stairs, so much money lost from damaged stock. 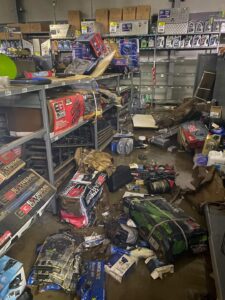 The smell was overpowering. We were all starting to think that dirty was normal.
My friend and her family from East Lismore are my new room mates. We don’t know when they can return home but they are always welcome in my home for as long as they need. It’s the least I can do.
Overall my story is not about being rescued or losing my home. My story is about those locals who are not flood affected who have been heart broken just as much as everyone else.
I have helped clean two homes and four businesses since the flood which I believe has been the same story for many other non flood affected locals.
I feel for everyone who lost their home, business and belongings but i’m honoured to be apart of such a resilient community