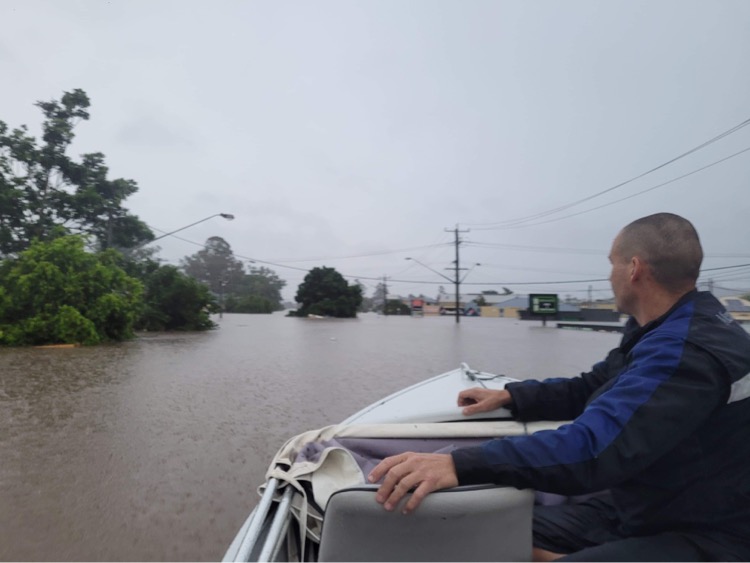 Just before 5am, their phones blew up with desperate messages from a friend with family stuck in flood waters. They didn’t have a boat, so they turned to Gumtree to find one.

The local business owners set off to save their friend Chris Churchill and his family.

On the way they found a 75 year old woman on top of her campervan who they returned to safety. These men were not part of the SES or rescue services and entered the floodzone in a boat they’d bought 30 minutes before.

They faced a choice nobody should have to make: who to rescue first and who to leave behind.

“Going down Clarice street we could see people banging on their windows screaming for help but I purchased the boat to save Chris and his family so we had to get to them,” Williams said.

It was close to 8am when they arrived to find Chris, Aimee and their child.

“Chris had to save our neighbours from the home next door first as the house was lower and they couldn’t swim. So he chucked an electrical cord over to them and bought them over to the house,” Aimee Churchill shared.

When the boat arrived Michael, Cameron and Chris remained on the roof so that Perry was able to get the women and children in the boat and to safety before returning to collect the men.

“I don’t want to think about what would have happened if they hadn’t showed up. They pretty much saved our lives,” she said.

Their own business underwater, they didn’t think twice before purchasing a boat and risking the flood waters to collect people desperate for help holding onto gutters or stuck on their roofs with the water still rising.

“The worst thing was going out there and not knowing, without any tools to get into roof cavities we were only able to save the people on top of their houses.”

“When we stopped hearing screams from inside…it was pretty horrible,” Perry McPherson said.

Up to 50 people and animals were rescued by Cameron, Michael and Perry. They were one of the first citizen boats to arrive and only had half a tank of petrol when they got in the water. They continued rescues throughout the day, filling up a litre of fuel at a time shared from other boats as others started to appear to help with the rescue.

The McPhersons are local to the area and the family suffered massive loss during the flood. This family and their leadership are longstanding assets to the Lismore community.

Cameron was former school captain of Lismore High School, and he still plays a leadership role within the town. He organised huge speakers on Anzac Day during the COVID 19 pandemic to play the last post from the highest point in Lismore that could be heard for kilometres so that our veterans would not be forgotten.

Not only do Cameron, Mel and their son Curt need to totally rebuild their workshop at Southside Automotive, his brother Grant at Maccas Mechanical (on the corner of Ballina Road and Diadem Street, near where the boats famously entered the water) had his business underwater to the roof after new renovations. Their parents lost their 3 rental properties in Union St, Cook St and on Wyrallah Rd. This is a terrible blow to the family after the 2017 floods had already impacted them and after so many years of hard work.

Michael Williams, locally known as “yobbo”, and his wife Leiah and 3 children were also impacted by the 2017 and flood and had to totally rebuild. He was proud to have 8 customers turn up to assist with the clean up of his business. He is actively involved in the community after 12 years in business at East side Automotive and being heavily involved in Mixed Martial Arts.

“Yobbo bought a boat. We called him at 5am Monday and he rocked up with a boat at 8am. With Perry and Cameron.” 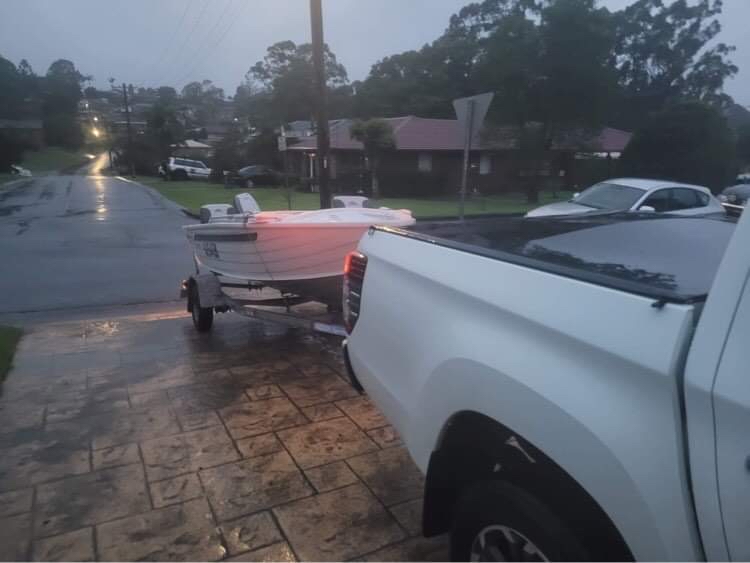 Carolyn Coulter had handed her own children Patrick and Isaac and their neighbours child over to Cameron, Michael and Perry in the “Gumtree boat”.

“I handed my children over to total strangers, when else would you do that? We didn’t know how long we would be on the roof and the feeling of relief I felt was unimaginable. We were all rescued by private boats. There was no SES in South Lismore.”

She is hoping that reuniting with her and her children’s rescuers, along with connecting other flood victims with the local heroes who saved them will help them start to grieve.