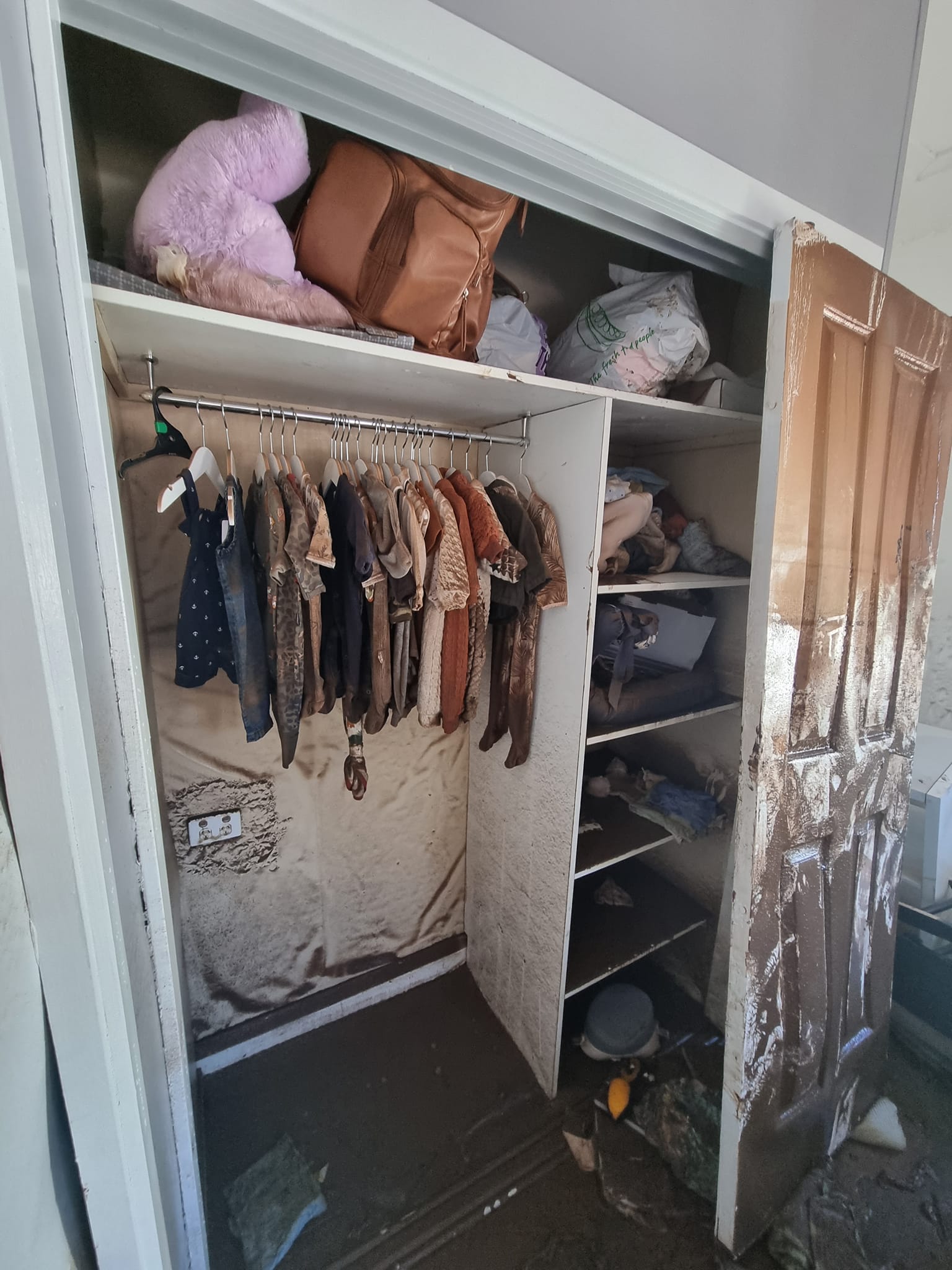 Born and raised in lismore, my parents bought in south 26 years ago so I have spent most of my life there, last January I bought my first home in south..
Having grown up around I knew about floods but had only experienced 1 flood come in my parents home in 2017 but only under the house just over knee deep..
On the Sunday after seeing on facebook and the news that we were in for another 2017 flood we moved everything from under my house up high (2 story home).
My house has the 2017 flood marked so we made sure to lift above that line.
By the afternoon and how much rain we were having we thought to move as much as we could higher so filled up our back deck with what we thought we could save.
I noticed SES tape on my mail box just on dark so I called my neighbour and asked him about it and he mentioned they put it there so they know they came and spoke to you about evacuating.
No SES or anyone had come and knocked and spoke to us at all.
At midnight I had the neighbour come over, walking through knee high deep water already, to come remove my gas bottles and place them on the back deck so they wouldn’t rip off the walls.
Everyone had gone to bed and I stayed up keeping check on facebook and news pages and all I was finding was it was going to be as big as the 74 flood and that the levee would break at 5am..
Then 3am..
I must have fallen asleep and woke at 2:55am and looked out my back deck and the water was rushing and half way up my stairs,
I ran inside woke my partner and mum who was staying with at the time and next thing we know we have a shipping container smashing through the backyards taking out the fences then hitting our neighbours back deck,
I put my 2 staffys inside and woke my 13yo daughter and 8 yo son up and put them into the kitchen along with our cat.
I made my first call to SES at 3:30am followed by 000, within half an hour the water was inside my house, we started to run around the house placing what we thought we could save up high.
While the water kept rising fast I was still making the SES and 000 phone calls, every time I got through to someone they kept telling me they weren’t doing any rescues til daylight.
We found our 2 kids kayaks on our back deck and bought them inside, tied the 2 together placed a dog in each with my son and cat and some dry towels to keep my son warm,
by this stage the water was up to our waists,
we then went up into the man hole where my partner tried to remove the roof but had no luck and family was calling us telling us to get out of there so we then got back out and into chest high water where we hanging onto the kayaks,
this was now after 6am my partner found a way onto our roof, he slipped and fell in the water but managed to get back into the house and found another way to get back onto the roof where he then put both our kids up there,
While he was doing this I was still making phone calls to SES and 000 still getting told they weren’t coming out til daylight and that I had to get onto the roof..
I was 38 weeks pregnant with my daughters ashes who passed away in October 2020 in garbage bags tied to my body as well as our phones and wallets,

there was no way I could possibly get myself up there

but I knew I had to,

I had to get up there to keep my kids safe.

It was pissing down with rain, the roof was slippery but I managed to get up there,
my mum and partner hung onto the kayaks with the 2 dogs and cat.
What felt like forever, having the thought that we aren’t going to make it in the back of our heads but also trying to stay calm for the kids we seen a boat come.
Our neighbours screamed out to them to come get us first,
our miracle couple who came from Broadwater in there own boat to rescue people (who then lost everything themselves the next day) put us all in the boat along with our elderly neighbour,
I can still hear the screams of people needing to be saved while going along casino street.
The current of the water was so strong that we couldn’t get across the river so we were dropped off at the pub until we were picked up from a bigger boat a few hours later and taken to safely on Ballina Street.
After 35 phone calls to SES and 000 we had finally been rescued and we were safe all in the hands of strangers who risked there own lives to save others!! 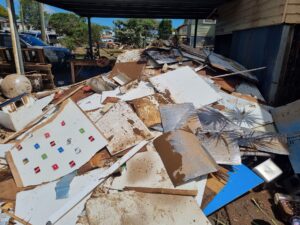 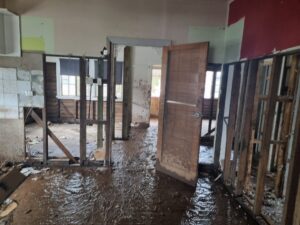 4 days later on the Friday, I received a phone call from the hospital asking me to come in and to bring my hospital bag.
I was then being induced to have my baby 2 weeks early due to the stress as my placenta was no longer working how it should be.
Sunday morning the 6th my rainbow baby boy was born healthy and well..
We lost everything on that Monday but we are alive and that’s all that matters